Frankfurt, Aug 16, 2017 — China has rapidly become a global leader in automation. From 2018 to 2020, a sales increase between 15 and 20 percent on average per year is possible for industrial robots. Annual sales volume has currently reached the highest level ever recorded for a single country: Within a year, sales in China surged by 27 percent to 87,000 units (2016). 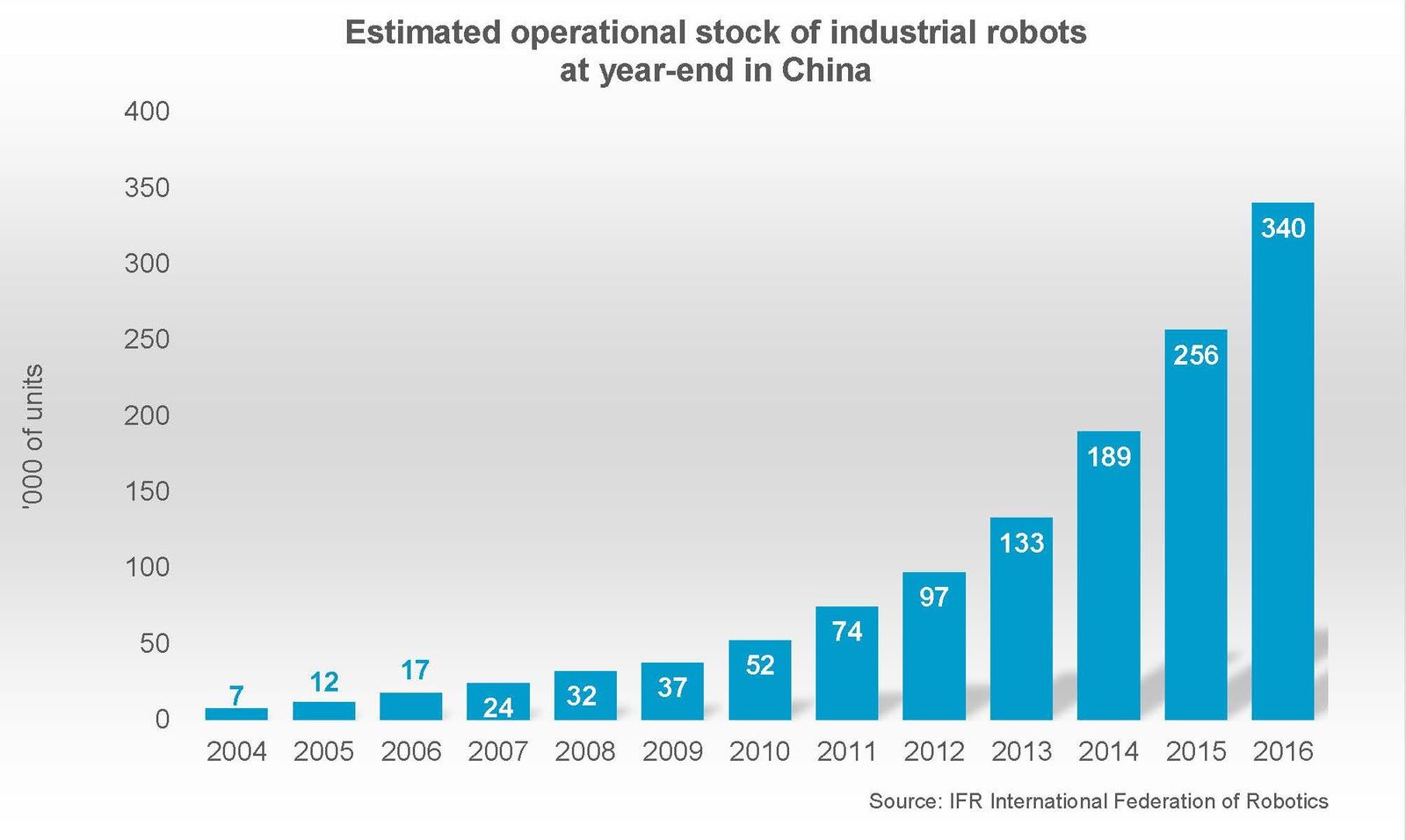 Operational stock of industrial robots in China from 2004 to 2016