Q1 of 2022 Marks All Time High in North American History

Detroit, Jun 07, 2022 — The North American robotics market experienced its best quarter ever to begin the year: Companies from the US, Canada and Mexico ordered 11,595 industrial robots – up 28% compared to the first quarter of 2021. Revenue rose by 43% and reached a value of USD 664 million. These results are in line with a positive trend worldwide: Preliminary data for 2021 show, that 486,700 industrial robots have been installed globally (+27% year-on-year). 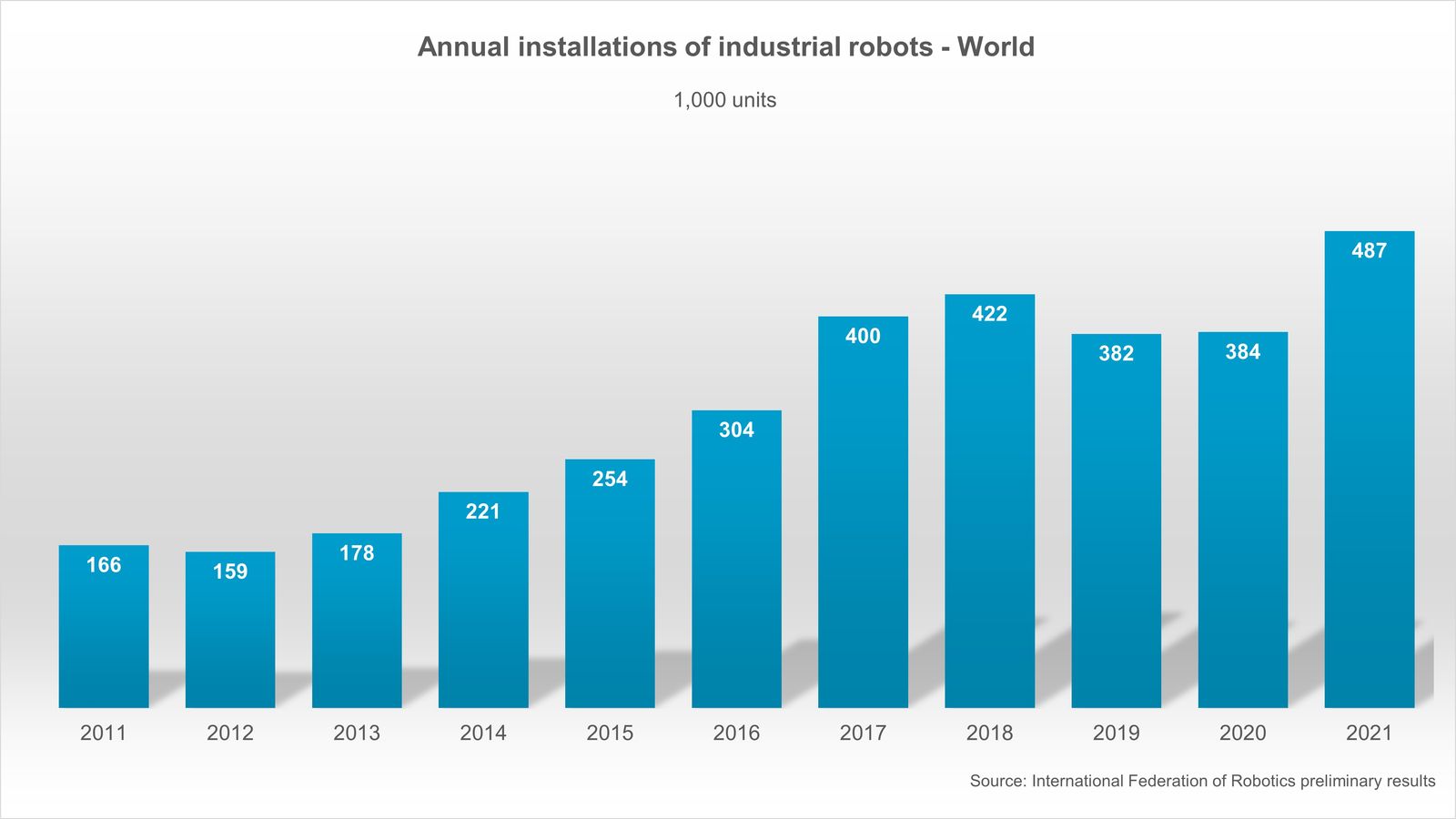 “A strong recovery of the international robotics markets is currently in progress: Worldwide installations of industrial robots in 2021 even exceed the record year 2018,” says Milton Guerry, President of the International Federation of Robotics (IFR). “In North America, first quarter order volumes for both units and revenue were at all-time highs. Across industries, the post-COVID crisis boom creates double-digit growth over the same quarter of last year.”

In North America, car makers and manufacturers of components accounted for 47% of robot orders in Q1 2022, their orders grew by 15% year-on-year. Several car manufacturers have announced investments to further equip their factories for new electric drive car models or to increase capacity for battery production. These major projects will continue to create demand for industrial robots in the next few years. The United States has the second largest production volume of cars and light vehicles in the world, following China. Worldwide installations of industrial robots in the automotive sector reached 109,400 units in 2021 (+37% year-on-year).

How Robotics and Automation Are Transforming the North American Economy

At Automate 2022 trade fair in Detroit, robotics industry leaders discussed how robotics and automation are transforming the North American economy in an executive roundtable co-sponsored by the International Federation of Robotics (IFR) and the Association for Advancing Automation (A3).

A videocast by IFR will feature the event with key statements of executives from FANUC America, Teradyne, UPS, Zebra and NVIDIA: IFR YouTube Channel. 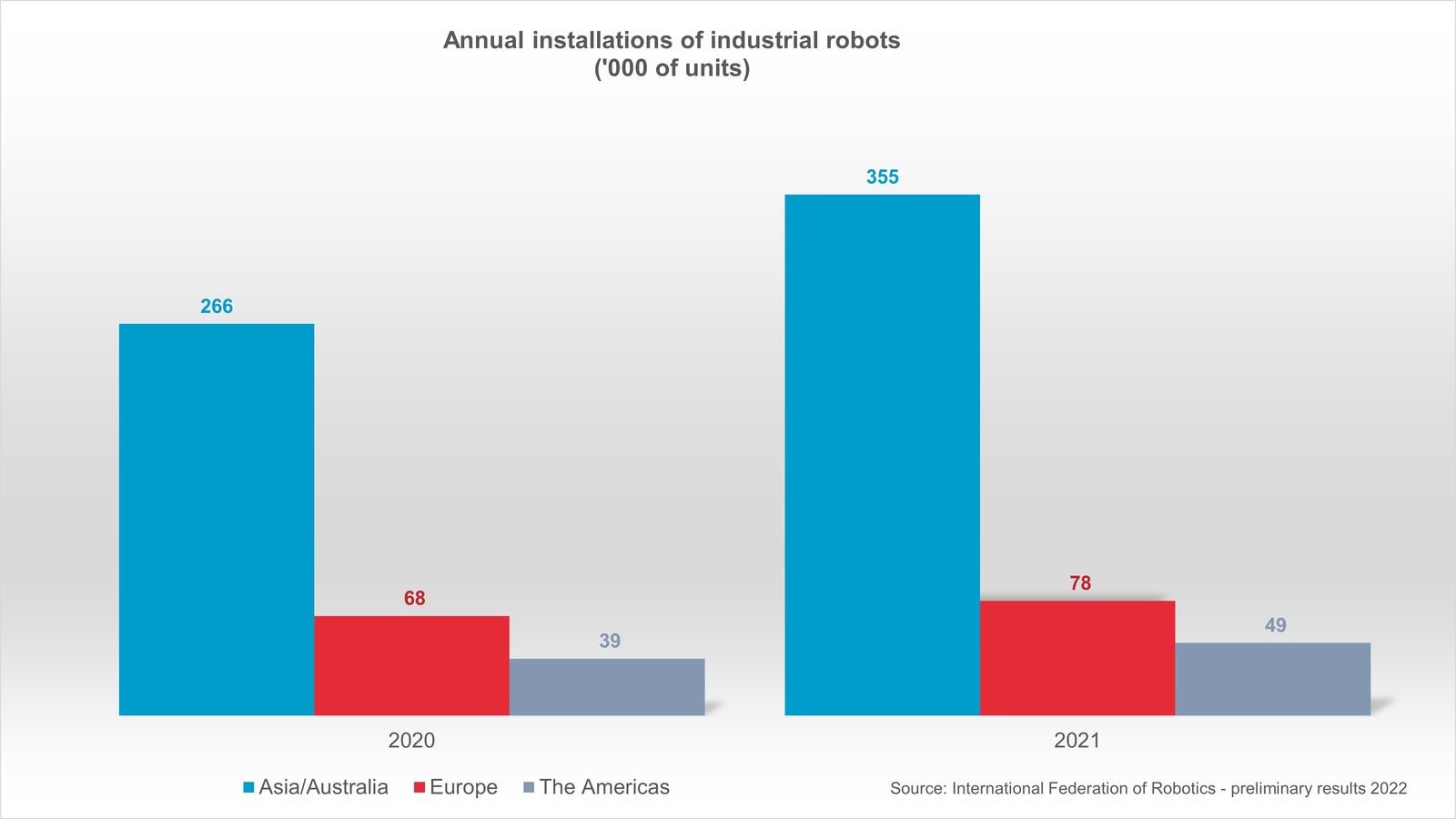 Robot sales surge in Europe, Asia and the Americas