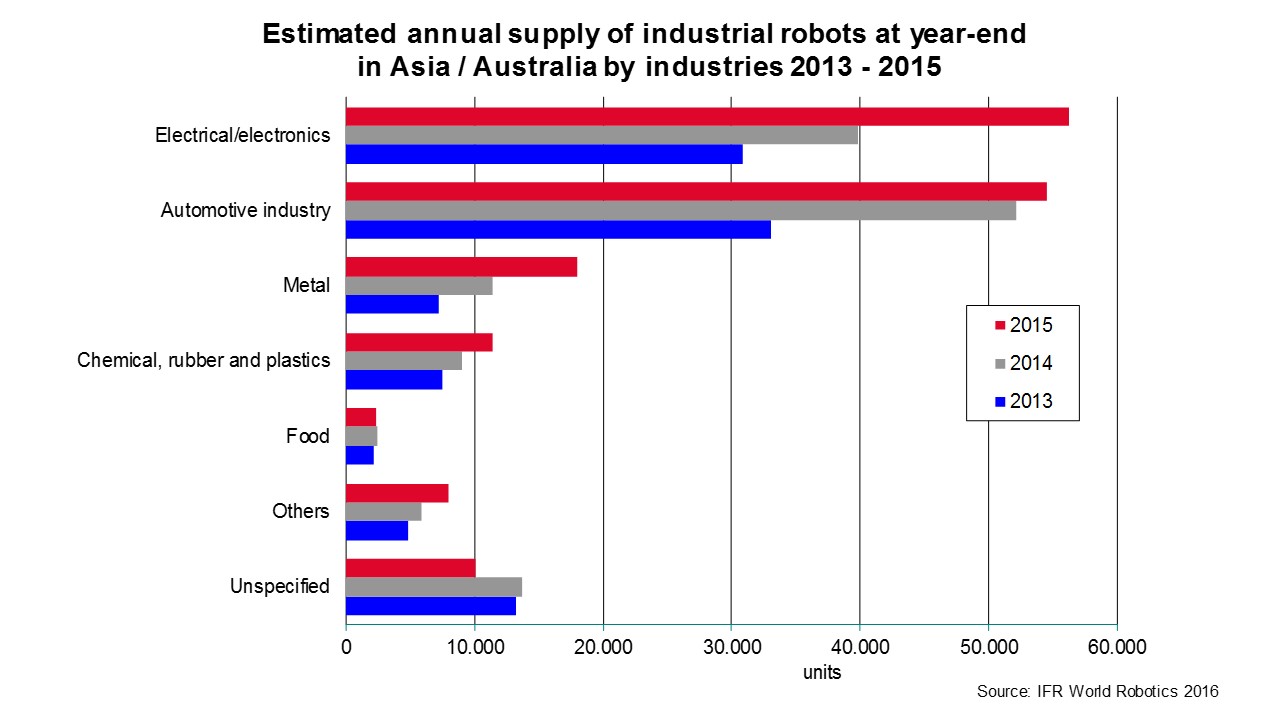 In 2015 alone, annual sales of robots jumped 19 percent to 160,600 units, setting a new record for the fourth consecutive year. These are results of the World Robotics Report 2016, published by the International Federation of Robotics (IFR).

China is the biggest market for industrial robots in the world and takes 43 percent of all sales to Asia including Australia and New Zealand. It is followed by the Republic of Korea, with a share of 24 percent of regional sales, and Japan with 22 percent. That means 89 percent of robots sold in Asia and Australia went to these three countries in 2015.

China will remain the main driver of growth in the region and will expand its dominance. By 2019, almost 40 percent of the global supply will be installed in China. Continued growth in robot installations is predicted for all major Asian robot markets: Korea, Japan, Taiwan and other Southeast Asian countries.

The main driver of the latest growth in Asia was the electrical and electronics industry. Sales for this segment jumped 41 percent in 2015 to 56,200 units. This compares to 54,500 units in the automotive industry which is just a 4 percent rise. Within only a five year period, shipments of industrial robots to the electrical and electronics industry have more than doubled.

The manufacturing industry – still by far the number one by volume - recorded an annual growth of 25 percent to 149,500 units in 2015.

“China will continue to be a strong future market for the robotics industry. Part of this trend is driven by the Chinese government´s 2025 initiative to support automation. The country aims to become a leader in automation globally,“ says Joe Gemma, President of the International Federation of Rootics.