Made-to-order production with an advanced fleet of mobile robots

Dec 13, 2021 — VOLA, a Danish manufacturer of luxury sanitary and kitchen fittings, has opened a new factory that incorporates a fleet of nine mobile robots from OMRON. This represents one of the most ambitious industrial mobile robot projects in the Nordics. The new robot fleet works side-by-side with people, and is controlled by an advanced fleet management system. 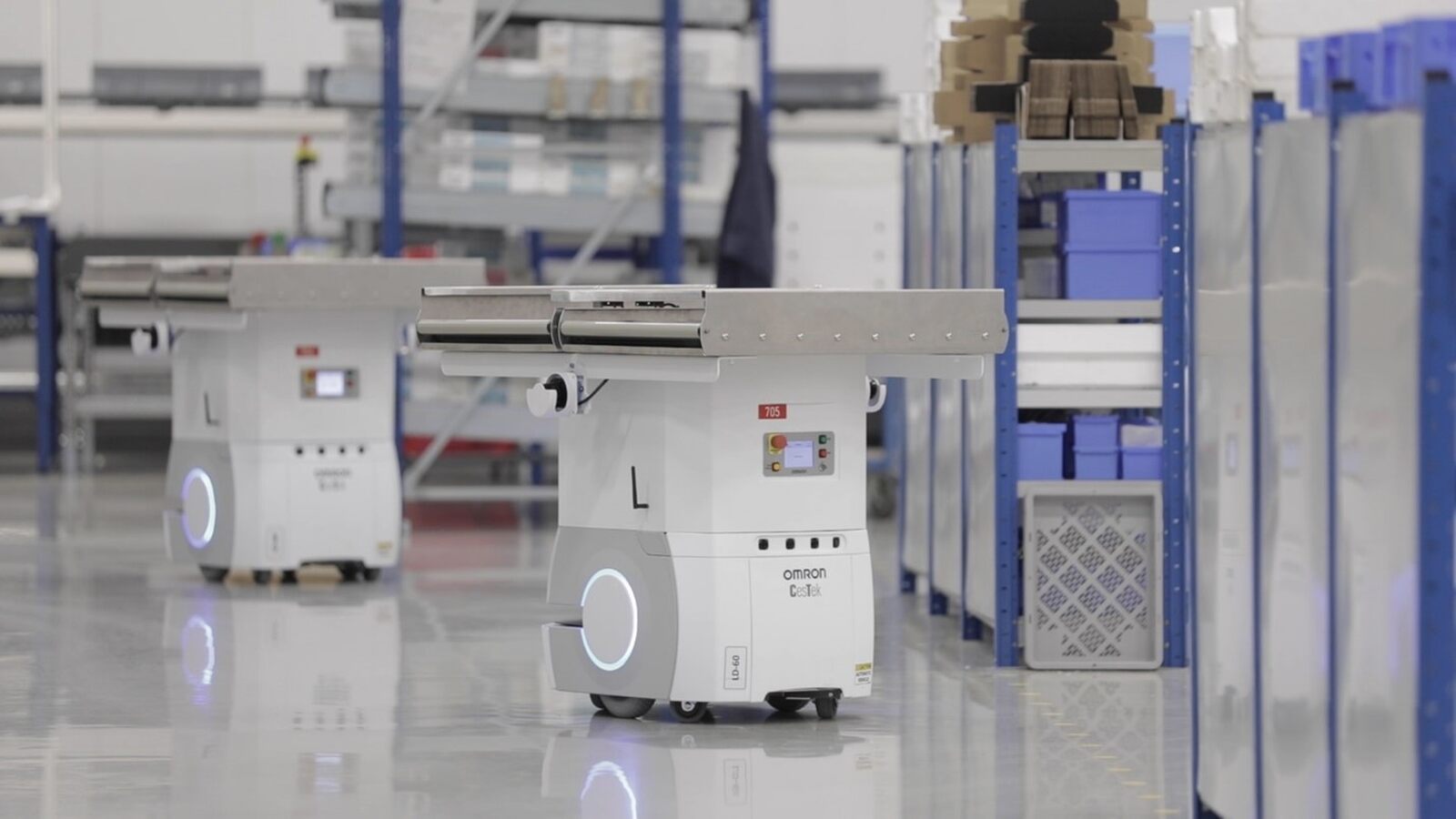 With over 50 years of experience, VOLA is one of Denmark’s leading manufacturers of high-quality sanitary fittings, with product lines such as bathroom mixers and kitchen taps. Due to increasing market demand for a wide range of product variants, VOLA decided to expand its plant by 5,500 square meters. This area includes a new high-bay warehouse, an assembly hall and facilities for the delivery of goods.

In one of the most ambitious projects involving industrial mobile robots in Northern Europe, VOLA commissioned a fleet of nine OMRON LD robots. These have replaced roller conveyors, leading to a more flexible production and logistics set-up that matches the company’s single-piece production process, in which everything is produced to order.

Peder Nygaard, factory director at VOLA, explains: “Roller conveyors are really efficient, but I don't know what our production set-up will look like in ten years. If we installed more conveyors in the production line, we could quickly compromise the flexibility on which we pride ourselves. That’s why we’ve chosen the autonomous robots from OMRON, as these are much more flexible.”

Seamless control of the robots

The robots have been tasked with transporting components and finished items back and forth between the high-bay warehouse and assembly hall. The robots are controlled by the OMRON Enterprise Manager - a unique fleet management system which, like a control tower at an airport, ensures a smooth flow of traffic. The system tells each individual robot where and when to move, including when it’s time to take a break to charge its batteries.

“There are only a few robot manufacturers that are able to handle the advanced fleet management of so many robots. The solution by OMRON is by far the best that we’ve seen in the market, and this is why we opted for the LD mobile robots,” says Peder Nygaard.

Seamless collaboration between people and robots

To take full advantage of its investment, VOLA designed the new factory so that it is ideal for collaboration between people and robots. For example, the locations of the mounting tables and walkways are designed for safety, convenience and the free movement of both people and robots.

The workflow has also been designed to ensure the perfect alignment of the tasks of the workers and the robots. Previously, the assembly staff would call up a job list on their screen but this is now managed by the central team. The job list will appear on the employee's screen onc they have scanned the item that the robot is transporting.

“We are implementing something that hasn’t been seen before. That is why we also recognize that there will be an adjustment period when we have to ensure that our employees become used to collaborating with the robots,” says Peder Nygaard.

According to OMRON’s Area Sales Manager, Thomas Jansen, the project has taught him a lot. “Implementing mobile robots may be seen simply as a question of plug-and-play. However, we need to make sure that aspects such as the production layout, logistics and organization are taken into account in the planning phase."

The nine mobile robots at VOLA are scheduled to be supplemented by eight more robots in the next phase of the project.