The Japanese robot industry – the past and the future

Japan is not only a leading manufacturer and exporter of robots, it is also a leading robot adopter. With 297,200 industrial robots at work in Japan in 2017, Japan had the second highest installed base of industrial robots in 2017 (after China with 473,400 units).

Robots are generally viewed positively in Japan. Some Western commentators attribute this to the ancient Japanese religion, Shinto, in which objects (as well as people and other natural phenomena) are believed to possess a spirit. This is not a commonly-held view in Japan, however. Manga comics and animations have had a much stronger cultural influence on interest in robotics. Robots are often depicted as children’s’ friends in mangas, and the post 1950s generation, who grew up with these mangas, learned about friendship, courage, justice and charity through stories that included robots. Thus, Japanese people tend to have friendly feeling towards robots and I know of a number of robot researchers who began as fans of the famous ‘Astro Boy’ manga.

Cultural influences are of course only part of the picture. There are also clear economic and social reasons for Japan’s leading role in robotics development and adoption. The growth of the Japanese automotive industry is probably the most significant factor influencing the rapid development of Japan’s robot industry. In 1980, Japan became the largest automotive manufacturer globally. Japanese automakers started to use industrial robots in the late 1970s, and robot adoption increased after 1980 with more advanced robotics technologies. That enabled Japanese automotive manufacturers to quickly launch new factories to enable rapid overseas expansion, partly resulting from trade friction between Japan and the United States.

Domestically, robots provided a solution to a shortage of automotive workers including skilled welding technicians. Competition between Japanese robot manufacturers around quality and performance in response to the demands of the automotive industry meant that Japanese robot manufacturers came to occupy a leading position in the global robotics market. Meanwhile, Japan’s lifetime employment system, through which employees have traditionally expected to spend their whole working life at one company, meant that employees were not concerned about the introduction of robots impacting their jobs.

Labour shortages across many sectors drives new demand for robots

Labour shortages continue to be a driver for robot adoption in Japan, not just in the automotive sector. Japan’s working age population has declined by 13 percent from the peak in 1995 to 75.96 million last year, and a further shortfall is forecast. The introduction of robots is regarded as one of the solutions to this problem, which affects many sectors in Japan. Among these are some sectors where demand for robots is especially high – logistics, nursing and elderly care, agriculture, inspecting and maintaining aging public infrastructure, and ‘behind-the-scenes’ work in service and non-manufacturing sectors. Within the manufacturing sector, the food industry is also starting to adopt robots in response to labour shortages. The state of robot development and adoption in these sectors varies. Logistics is a very promising sector, and one that has already started to automate through robots. Robot adoption in the food industry varies by process – some processes, such as picking and packaging wrapped food, have already been automated with robots, while others still have a long way to go. The extent of robot adoption in agriculture also varies and more time will be needed to meet the full requirements of this sector.

The introduction of robots will therefore happen within a short period of time in some sectors but will require more time in other sectors. I believe, however, that many kinds of robots will play an active role in these fields in the future.

Japanese people are not afraid of robots but consider them as partners. Robots will perform tasks which they can do more productively than humans or which are heavy burdens for humans, and humans will perform tasks which robots cannot. The Japanese government has, through its ‘New Robot Strategy’ published in 2015, set a clear focus on speeding the adoption of robots in sectors with low productivity, particularly nursing, agriculture and infrastructure construction. This strategy of course also creates domestic demand which is beneficial for Japanese robot manufacturers, and this will be a boost to the further development of the robot industry.

One element of the New Robot Strategy is the World Robot Summit (WRS), which the government promotes as venue for showing latest robotic technologies and accelerating research and development of robots in sectors that have not yet adopted them. The theme of the WRS is collaboration between humans and robots. Held as a pre-event to WRS 2020, this year’s WRS exhibition and conference programme attracted 76,374 visitors. In addition, the World Robot Competition attracted over 1,000 entries (126 teams from 23 countries) from young robot researchers and engineers around the world focused on trying to get robots to perform some of the tasks that are so easy for humans but still hard for robots. This is important because, despite considerable hype, robots that can actually perform many of the tasks required in nursing and other service sectors are still in the stage of research and development. The high levels of dexterity and responsiveness required for many of these tasks in which humans interact directly with robots are very different to the demands of the automotive and electronics industries. These sectors are the main adopters of robots today – accounting for over 60% of total shipments of industrial robots in Japan. The requirements of nursing and other service sectors present significant technical challenges for robot manufacturers and integrators. Japan has a long tradition of cooperation between manufacturers and users in pursuit of quality improvements, and I believe this culture will serve Japanese robot developers well as they look to address the challenges presented by these new sectors. 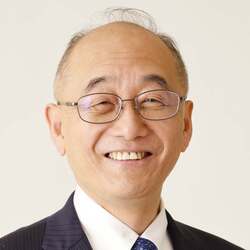