Korea is a ‘Top 5’ manufacturing powerhouse in all the main manufacturing sectors including automotive, semiconductor, electronics, machinery, and chemicals. Demand from this solid manufacturing foundation has enabled Korea to become a leading player in robotics, ranking consistently among the top 2 in robot density. The size of the Korean market has also made it very attractive to global robotics companies.

Despite such a strong foundation, Korean robot manufacturers have had a very weak presence not only in the global market, but also the domestic market until now. Recently, however, these companies went through a massive transformation, and are now at the center of attention in the global market.

Below, I discuss the changes taking place in Korea, and the impact they may have on the global market. There are 5 emerging trends:

1. Large enterprises have started to focus on robotics as a key future growth engine

In the past, the most active robot manufacturers in Korea were small and medium-sized enterprises. However, large enterprises such as Samsung, LG, Hyundai, Doosan, Hanwha, and KT have recently announced that they will be focusing on the robotics business as a future source of growth, drawing attention to the growth potential of the robotics sector.

There are three main things to note regarding these large enterprises’ drive to build a presence in the robotics industry:

2. The robot venture ecosystem is becoming more diverse, with an increasing stock of domestic success stories

There are two main types of robotics venture in Korea:

These ventures are growing rapidly with heightened interest from both customers and capital markets.

Cobot maker Rainbow Robotics is a leading example of a domestic OEM venture, proving its potential by successfully going public in the KOSDAQ market last February. Their revenue in 2020 was only KRW 5.4 billion, but the company was valued to be worth over KRW 500 billion right after listing and is currently at the center of attention in the market. Other cobot OEMs such as Neuromeca, and autonomous driving-enabled logistics robot manufacturers such as Twinny are also planning to go public, so there is high expectation that there will be more success stories to come.

Service providers are ventures that are utilizing robots to bring innovation to their existing business operations. The companies which are making their mark this way are mostly food tech companies, such as Lounge X, which is famous for its barista robot, and Robert Chicken, and DDeck which are famous for chicken-frying robots. These companies are taking note of the failures of the first generation of robotic food tech ventures in Silicon Valley and achieving rapid growing by advancing their service and operations on a sustainable foundation.

3. There is a significant jump in robot implementation by manufacturing SMEs

In Korea, robots were mostly used by large and medium-sized enterprises in the manufacturing space. Nowadays, however, more small-to-medium-sized companies (SMEs) in this sector are implementing robotic solutions, as they have become more user-friendly and cost-competitive. Recently, a semiconductor equipment supplier installed 77 domestic cobots and was able to improve their productivity by 50% as a result. In the past, only large enterprises could afford to implement robots at this scale, so this increase in accessibility may prove to be a turning point for the industry.

4. Creativity in the Korean robotics industry: Unique applications in the service sector

The unbridled creativity of the Korean people is taking over the world not only through K-Pop, but also through innovative robotic applications! Here are some examples:

Fried chicken is one of Korea’s most beloved foods and chicken-frying robot solutions developed by food tech ventures are growing fast.

A food service robot specifically designed to work in gaming cafes, the most common destination for youngsters who want to take a break

Such applications are no longer being released simply as headline-grabbing marketing ploys. Rather, they are applied in actual business operations to improve efficiency. The application of creativity and technology means these kinds of applications are being developed at a rapid pace in many areas.

5. The Korean government - a strong and reliable partner of Korean robots

As mentioned above, there is clear momentum in the domestic robotics ecosystem. However, realistically, there is still a long way to go for Korean robots to be competitive at the global level.

The Korean government has established institutions such as KIRIA (Korea institute for Robot industry Advancement) and KAR (Korea Association of Robot industry) to provide systematic support. These two institutions oversee the development and distribution of the domestic robotics industry. In addition, they are responsible for establishing required policies based on current market trends from both the provider and end-user’s perspective, including:

The above examples of new applications were able to see the light of day because of such ample government support which allowed the companies to take on risks.

Note: The opinions expressed in this blog are those of the author and do not reflect the position of, or data from, the IFR 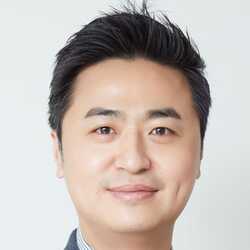 Member of the Korea Association of Robot Industry