The rise of robots in machining

Machining functions such as cutting, welding, grinding, deburring, milling and polishing have historically represented a relatively low percentage of robotic applications. In 2018, for example, welding and soldering, dispensing and processing (cutting, grinding, de-burring, milling and polishing) accounted for only 25% of total applications of industrial robots.

This may be about to change, for a number of reasons. First, robots are increasingly price-competitive with traditional machine tools. Second, robots offer benefits over machine tools for certain machining applications, particularly those requiring broad reach such as the deburring or polishing of large parts for aircraft or wind turbines. Polishing of large surfaces is often carried out manually, potentially costing manufacturers substantial sums due to muscle strain in production workers. Robots are a viable alternative for these applications as they can be mounted on mobile platforms for extended cover and are considerably less expensive than machine tools for applications requiring high reach.

Finally, robots are easy to programme for a wide range of applications - in many cases simply by guiding the robot arm through the motion to be carried out. Robots can also be quickly re-programmed and applied to new tasks. This gives manufacturers a high level of flexibility which is critical in dealing with short production runs and peak periods. For small-to-medium-sized manufacturers in particular, this flexibility is critical and offers a higher return on capital than an investment in a machine tool that is limited in application. Robots can also be programmed through a machine tool computer-numerically controlled (CNC) controller, which means that code generated by computer-aided-manufacturing (CAM) systems for machine tools can also be used by robots.

Given the flexibility of robots for multiple tasks in the manufacturing process, researchers have been looking into overcoming some of the traditional constraints associated with using industrial robots for machining applications. For example, BAE Systems estimates it will save millions of dollars in capital and operational costs by using robots to accurately machine holes in composite aircraft components. The application, which developed out of a research project led by the Advanced Manufacturing Research Centre (AMRC) at the University of Sheffield, UK, and involving KUKA Systems UK, uses multiple robots to automatically handle composite components and then countersink high tolerance pre-drilled fastener holes. Non-contact metrology integrated with the machining robot locates predrilled holes and corrects the robot’s position before countersinking. A separate robot provides support to the component eliminating expensive holding fixtures. See the full case study here.

A paper co-authored by Professor Alexander Verl, Chair of the IFR Research Committee1, summarises further research into improving the applicability of robots for machining applications. For example, several advances have been made that improve the use of robots in deburring applications. These include offline programming, which enables manufacturers to simulate the application in advance and automatically generate a robot programme for the optimal application. Vision technologies can also be used to generate images for programming and may be helpful in determining the exact position and dimension of burrs.

Researchers have been able to model adjustments in robot position and cutting parameters in milling applications to reduce the impact of external forces that lead to vibrations. These adjustments increase the stiffness of the robot joints and, as a result, the stability of the machining operation.

Researchers led by Dr Erdem Ozturk, from AMRC at the University of Sheffield have also found benefits in using robots in combination with machine tools, opening the potential for new applications. For example, robots can be used to assist in the machining of thin wall parts where high form errors and vibration are common. Researchers found that using a robot equipped with a mobile rubber roller to support the feed motion of the machine tool enabled significant improvement in reducing form errors and improved surface quality due to decreased vibration.

This video shows the benefit of using a robot to stabilize an aluminium part that is being machined.

Hybrid-manufacturing processes, using robots to preform two or more processes within the application, have also been successfully tested. For example, different cladding techniques such as friction surfacing can be combined with a robotic milling process to produce nearly-finished components for further processing. Other process combinations include drilling, reaming, assembly and quality assurance within one robot cell, enabling the part to remain clamped in one position while the robot performs all four tasks.

The European Union’s Innovation Radar project has gathered a number of applications of robots in machining that show commercial potential. These include the use of robots for smart weld grinding and finishing, mould sanding, metal part grinding and robotic mobile fixture. Many of these were developed through the EU-funded COROMA project coordinated by Ideko, Spain which focused on the development of a cognitively enhanced robot that can execute multiple tasks for the manufacturing of metal and composite parts. A video showing robots in action in some of these applications can be found here.

Robots will not be replacing machine tools any time soon for a wide range of machining applications that require high precision afforded in part by the ‘stiffness’ of machine tools. However, given the greater flexibility of robots across a wide range of tasks, including machining, manufacturers should assess their overall production requirements and determine where the use of robots makes most sense. This can include machining applications with requirements for precision within the millimetre rather than micrometre range, high reach and applications for which a level of yielding to resistance is beneficial. Manufacturers currently conducting production tasks such as de-burring and ‘roughing’ (initial part cutting) manually should consider robot adoption as a flexible, cost-effective alternative, enabling workers to move to more satisfying tasks supervising and re-programming robots. 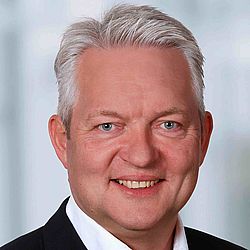 Chairman IFR Research Committee and Member of the Executive Board