At a factory in Switzerland, a robot navigates its way across the production floor, re-routing itself to avoid an unexpected stack of pallets, before arriving at its destination – a cutting machine which it loads with steel rods. It then moves on to a new workstation where it selects parts from a table and feeds these into a tooling machine. The robot stops when an employee approaches to inspect progress and re-starts automatically when the worker walks away.

This scenario is becoming increasingly common in factories and warehouses around the world through the combination of a collaborative industrial robot arm mounted on an advanced autonomous mobile platform. It reflects recent technology developments in both Automated Guided Vehicles (AGVs) and industrial robots.

While AGVs have been transporting materials around factories and warehouses for many years, they have traditionally relied on fixed, pre-programmed routes. Now, however, autonomous mobile platforms are equipped with software, cameras and sensors that enable them to establish their position against a map of their environment, adjusting course on the fly if they encounter an obstacle and stopping if a worker enters their designated safety area.

Industrial robots traditionally operate behind fences and must be automatically shut down when a worker has entered the designated safety area and re-started manually when the worker has exited. Newer collaborative industrial robots, designed to perform tasks alongside or in direct interaction with workers, can slow and stop when a worker approaches and enters the designated safety area, re-starting automatically as the worker moves away. Depending on the application, these robots might not require fencing or other safeguarding.

Combining these two technologies offers enormous promise for manufacturers and logistics firms to automate the repetitive and physically stressful tasks of fetching and carrying heavy parts and feeding machines. This frees up workers to focus on higher-value tasks requiring levels of dexterity, responsiveness and planning that robots cannot provide.

The need for an industrial mobile robot standard

Currently there are well-regarded existing standards for both AGVs, and for industrial robots and robot systems. These standards include, for AGVs, the U.S. standard B56.5 and the International Organization for Standardization (ISO) 3691-4; and for industrial robots and robot systems, R15.06 in the U.S., the national adoption of ISO 10218-1,2. However, neither standard fully addresses the current state-of-the art of robot mobility. R15.06 was developed at a time when industrial robots were bolted in place, not mobile. B56.5 was developed around the capabilities of devices that did not possess sufficient autonomy to operate safely away from their predetermined paths.

When the two technologies are combined in an IMR, there are instances where the requirements for a particular operation are addressed differently in each set of standards and it is unclear which standard prevails. For example, the re-start requirements following a protective stop are different between the two standards. R15.06 requires that, except in a collaborative application, the industrial robot must be re-started by a human operator from outside the robot cell; the robot is not permitted to re-start automatically. This ensures that the operator has exited the hazardous area before re-start can occur. On the other hand, B56.5 states that when an AGV encounters an obstacle — for example, if a person steps into its path – it is required to come to a stop, but when the obstacle is removed it can re-start automatically along its path. It is this type of conflict that R15.08 aims to resolve by providing a unified standard for IMRs.

Determining the scope of R15.08

The R15.08 committee was formed in 2016 and its members are experts in both the B56.5 AGV standard and the R15.06 industrial robot standard. Though nominally a U.S. standards-development committee operating within the American National Standards Institute (ANSI) framework, R15.08 includes members of the Canadian Standards Association and many of the committee’s members are also involved in the work of the International Organization for Standards (ISO) Technical Committee (TC) 299, Robotics. The Industrial Robot Safety group within the ISO Robotics committee will consider if and how to incorporate R15.08 content into the updated ISO 10218 guidelines for collaborative robot applications.

The committee’s first task was to determine the scope of R15.08. The consensus was to include ground-based mobile robots for use in an industrial environment, which possess a degree of autonomy sufficient to plan their own routes to a destination and re-plan on the fly if an obstacle is encountered.

First part of IMR standard in 2019 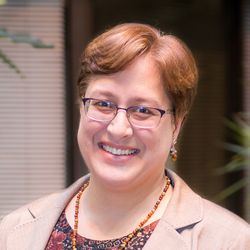 an association of the Association for the Advancement of Automation (A3)