Russia is not generally associated with the use or manufacture of robotics. While it’s true that the uptake of robots in the Federation is lower than in in Europe and Asia, a number of trends in both the indicate this could change over the next 5 years.

Five trends are driving an increased focus on robotics in the Russian Federation. First is a government focus on acceleration the development and application of digital technologies, including robotics. Second is the booming demand for educational robotics. Third, Russian robot manufacturers have set their sights on the service robot sector. Fourth, there is a growing market for industrial robots. Finally, Russian robot suppliers are focussing on development of robot applications and business models to enable small and medium-sized businesses (SMEs) to invest in robots.

The Russian government, in common with most of the world’s governments, has put emphasis on digitalisation as a driver of economic growth. The state program “Digital economy of the Russian Federation” , launched in 2017, includes robotics, and several robotics initiatives within the programme are expected to be initiated in 2019. For example, the Russian Association of Robotics (RAR) is working on a strategy for the development of the Russian robotics industry with the support of the Russian Ministry of Trade and Industry. Second, the government plans to introduce regulation on AI and robotics aimed at clarifying legal issues regarding the use of robots and AI. The aim is to stimulate the development and adoption of these technologies by minimising legal risk. In 2018, the government commissioned research and counsel on the approaches to the regulation of robots, similar to the European Robolaw project. This year, the government has developed a roadmap for research and development on advanced robotics, defining which priority technologies will be state funded. Measures to support technology developers are now in planning.

Education as a driver for robotics market

In 2017 the education sector was the heaviest adopter of service robots in Russia, accounting for 31% of service robots sold by the 10 leading service robot companies tracked by RAR, and 10% of sales of industrial robots to the Russian Federation. The education market covers a wide range of robotics technologies including: LEGO constructors and Russian variants; educational kits with neuro-interfaces; drones for pilot training skills; mobile platforms for testing algorithms for unmanned motion and industrial robots for teaching students at universities and technical colleges. Courses in robotics are offered for children, and there are free online courses available to teachers of these courses. There are robotics clubs in public institutions of further education as well as fee-based clubs.

To some extent, the boom in the development and adoption of educational robots can be compared with the impact of the introduction of compulsory computer science courses in the USSR in 1985, which resulted in a generation of programmers who created Russian IT giants such as Yandex (search engine), Kaspersky (anti-virus software) and Mail.ru (email and social network platform). In the case of robotics, interest is driven by a desire by parents to ensure their children are equipped with the right skills to prosper in the job market. Russian media fuel this focus through stories on how robots and AI will change the nature of jobs in the future.

Though Russia does not have a foothold in the market for industrial robot development, it is rapidly gaining ground in the booming service robot sector. There are more than 100 service robot companies in Russia. The top 10 companies, tracked by RAR, are doubling revenue annually and increased staff by 30% in 2018. In addition to domestic sales, the top service robot companies also enjoy strong export sales. Promobot, which develops information and assistance robots for public spaces, derives 65% of revenues from export sales in 33 countries in North America, Europe, Asia-Pacific and Africa. Alpha-robotics, another Russian developer of robots for public places, sells robots in 10 countries, with exports accounting for 30% of sales. ROBBO, a manufacturer of educational robotic kits based on open source software, supplies the product to 12 countries, such as Finland and Thailand.

ExoAtlet, which produces exoskeletons for rehabilitation, is actively developing in the Asian region. In 2016, the company Exoatlet Asia was registered in South Korea, and the company was licensed to provide medical devices. Exoatlet plans further expansion in China, Japan, Singapore, India, Malaysia, Thailand, Vietnam, and the United States.
Geoscan, which supplies complete solutions for unmanned aerial vehicles (UAV), exports equipment to 15 countries and its software is used in 130 countries. The company supplies a wide range of technologies used in sectors ranging from precision agriculture; geomagnetic exploration and; entertainment. In 2018, geomagnetic exploration of the region of Yaktutia using Geoscan drones led to the discovery of over 300 million tons of iron ore.

Russian service robot company VIST Group is involved in Russia’s first completely autonomous open mining project aimed at reducing operating costs and improving safety. The aim is for all of the machinery involved, including excavators, loaders, drilling rigs and railway transport, to be run autonomously. VIST is developing robotic trucks in collaboration with various manufacturers of trucks and mining equipment.

Harsh natural conditions in Russia make it the ideal testing ground for unmanned transport. The Russian Venture Company, a state fund of funds and a development institution in the Russian venture capital market, is holding a “Winter City” competition to test unmanned vehicles in the Russian winter. Thirteen teams compete to see which can drive 50KM in 3 hours in conditions including low visibility, absence of road markings, other traffic, and unexpected traffic interference. The contest final will be held in December 2019 and the winner will receive 175 million rubles.

The low density of robots in Russian industry - 4 robots per 10,000 manufacturing workers in 2017 compared to 710 robots per 10,000 manufacturing workers in Korea - indicates great growth potential. In general, Russian companies are just starting to explore the benefits of industrial robotics and learning to work with automation technologies. A lack of robot integrators to assist in implementation is hindering adoption. University and colleges tend to be focused on mechanics and robot design. These institutions have recognized, and are addressing, the need to expand to focus additionally on robot programming and implementation. Russia’s traditional strengths in mathematics and software programming are make robot programming a promising field for higher education institutes.

Currently, around 15 industrial robot manufacturers, both foreign and domestic, dominate the Russian market, with around 10 robot production projects underway. Given Russian labor costs are lower than In Europe or China, Russian manufacturers hope to compete on price. There are around 80 robot integrators in the country, but most do not have experience with large projects, for example in the automotive industry which accounts for 40% of robot sales in Russia. Metallurgy and machine building are the other key applications of robots. However, 2017 saw significant interest in robotics by the food industry, which is experiencing a period of growth and modernization, including automation.

To date, industrial robots have been used for the automation of mass production and have been too expensive for small-series or custom manufacturing because the robots need to be constantly re-programmed and re-calibrated for each new or non-standard activity.

This is changing through the use of collaborative robots and other technologies to automate programming. Robots are also being offered on a leasing or fee-per-use model – Robot as a Service – removing the requirement for initial capital investment which can be prohibitive for small companies. There is growing interest in this trend among Russian companies, and Russian robot suppliers are also focusing on delivering solutions. For example, ABAGY has developed a solution that automatically converts 3D CAD drawings and technological instructions into instructions for robots, without any user programming. ABAGY offers ready-to-use robotic cells that perform welding, cutting, painting, milling, assembling and polishing. The company configures and supplies robotic cells, provides installation, integration and maintenance and charges only for work done (e.g. length of weld or area painted).

The expanding range of robot capabilities combined with an increasing awareness on the part of Russian manufacturers of the benefits of automation led to robot installations in the Russian Federation almost doubling in 2017 over 2016. Historically low adoption rates provide huge opportunity for further growth. 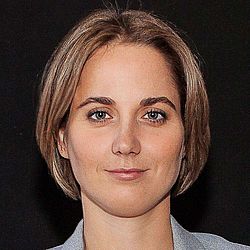 IFR Executive Board member for any area

Chair of the Board
Russian Association of Robotics (RAR)