The adoption of industrial robots continues to accelerate, with 30% annual growth in sales in 2017. Over 381,000 robots were sold to production industries in 2017, over twice the number sold in 2013. Over 2 million robots are now at work in industry. That number will almost double by the end of 2021, according to the IFR’s new ‘World Robotics 2018, Industrial Robots’ report.

For many years the automotive sector has been the driver of robot sales to manufacturing. This is changing rapidly. The electrical /electronics (E&E) industry will soon become the dominant sector for robot sales. In 2012, twice the number of robots were sold to automotive manufacturers than to the E&E sector. In 2017, the share of supply to the automotive sector was only 1 percentage point more than the share of sales to E&E firms. By 2021, there will be more robots installed in electronics /electrical firms than in automotive manufacturers (based on 2017 growth rates). It could be sooner, given that technology developments in the automotive industry - such as connected and autonomous vehicles, and electric cars – are driven by electronics. The installed base of robots used to produce electrical/ electronic parts for cars has grown at an average annual rate of 45% since 2012.

Growth in robot sales to the E&E industry is in part linked to the growth of the industry itself. The E&E market was worth €4 trillion in 2016 and is forecast to grow at over 4% per year to 20191. Asia accounted for over 85% of robot sales to the E&E sector in 2017 – not surprising, given the region produces around three quarters of the world’s electronics2. Vietnam – now the second-biggest exporter of smartphones in the world - rose to become the seventh largest robot market globally, spurred by a five-fold increase in robot sales in 2017. An expanding E&E sector is also behind the 52% annual increase in robot sales in Malaysia in 2017. This is good news for job creation in the region. The Asian Development Bank estimates that automation led to a net increase of 33 million jobs per annum in developing Asia over 10 years to 20153.

Another reason for the 33% growth in sales of robots to the E&E industry in 2017 is the expanding range of tasks robots can perform, particularly in the assembly of electronic components and equipment. Robotic automation is an increasingly viable economic proposition for electronics manufacturers, who work under extremely tight profit margins. Robots are used across the entire production cycle – from cutting metal housings to assembling miniature components on boards, applying sealants and adhesives buffing and polishing surfaces, performing quality inspections and packing and palletizing finished products.

Electronics assembly requires very rapid, precise placement of miniature objects that are often fragile. Robots must be able to perform multiple tasks in sequence – such as mounting different types of components on a base plate. Advances in grippers, vision technologies and force sensors mean robots can handle an increasingly wide range of production, assembly and finishing tasks. Robots can, for example, now pick unsorted components out of bins and mount components at odd angles.

Developments in sensors and power-force limiting technologies (that ensure the robot slows down or stops if it comes into contact with a worker) mean robots can now share workspaces with E&E employees. Manufacturers can easily insert these collaborative robots into an existing production line and quickly move them between lines. This flexibility is particularly important in E&E, where product cycles often last only a few months. Robots are also becoming easier to programme, enabling faster re-tasking that can often be done by workers with very little training.

Many manufacturing companies are only just beginning to automate - less than half of European manufacturers have not yet adopted any Industry 4.0 technologies, for example, despite three quarters recognising the potential benefits . Increasing industrial automation will fuel the growth of both the E&E industry, which produces much of the equipment needed for automation, and the robot industry, which enables E&E and other manufacturing sectors to improve efficiency, quality and safety. 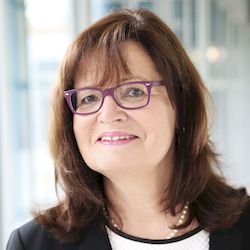