Service robots are conquering the world

By 2018 global sales of privately used service robots will increase to around 35 million units. At 25 million units, domestic robots (vacuum cleaners, lawn mowers, window cleaners etc.) will be right at the top of the future shopping lists of private customers.

At the same time service robots for professional use boom. The biggest markets in this segment are defence, agriculture and logistics. It is anticipated that by 2018 a total of over 150,000 units will be sold at a total value of around 20 billion US dollars. So says the 2015 World Robot Statistics, published by the International Federation of Robotics (IFR).

“In 2014 the demand for service robots rose yet again, posting impressive rates of growth”, says Martin Hägele, Chairman of IFR’s Service Robot Group and author of the study. “The sale of domestic robots for private customers increased by 28 percent to three million units at the last count - a second consecutive year-on-year increase. In 2014 sales of entertainment robots registered a 40 percent increase compared to the previous year, while sales of professional service robots registered solid growth at 11.5 percent.”

With household and garden robotic assistants already an established field in the private sector, another major market of tomorrow is for robotic assistants used in the care of the elderly and the disabled. Background: With one eye on the ageing population, many countries have initiated research projects aimed at using hi-tech robots to assist older people and those with limited mobility. Manufacturers sold 4,416 units of these kinds of robotic assistants in 2014 (2013: 699). The trend in this segment therefore continues to be a positive one. Sales showed a 542-percent year-on-year increase - even if partly based on a higher number of registration figures.

24,200 units of service robots for professional applications were sold in 2014 (2013: 21,700). Broken down into market shares, some 45 percent of this number is attributable to defence systems. Within this business area the sales of unmanned air systems make up a total of 82 percent of the volume. The sales figures rose by 7 percent in 2014.
Alongside this, the agricultural sector accounted for around one-quarter of all orders for professional service robots. The total number of field robots sold in 2014 amounted to 5,700 units, representing a market value of just about one billion US dollars and growth in sales of twelve percent. The number of milking robots sales rose to 5,180 units in 2014 - eight percent up on the previous year.

Logistics systems likewise continued on a path of success during the previous year. Around 2,700 systems were installed in 2014 - representing a rate of growth of 27 percent compared to 2013. The manufacturing sector alone purchased 2,100 automatic guided vehicles.

In 2014 sales of medical robots fell by 5 percent to 1,224 units in comparison to the previous year. The most significant area of application is robot-assisted surgical and treatment systems (978 units). At an average price of one million US dollars including auxiliary services, these service robots constitute the most expense price segment. With sales valued in the region of 1.3 billion US dollars, medical robots account for 35 percent of the total value of service robots for professional applications. By way of financing options, manufacturers are therefore also offering their customers leasing models.

The exoskeleton market has likewise developed strongly over a short period. With 273 systems sold in 2014 (2013: 160), the rate of growth came in at 80 percent, meaning that very good forecasts can be expected in the coming years. Initially developed primarily for military purposes, these body-worn systems are undergoing rapid further development for applications relating to the rehabilitation or assistance of people with restricted mobility. The first body-worn lifting aids deployed in the professional sphere are being used to provide power assistance and facilitate ergonomic working even for physically demanding tasks. In this context exoskeletons can deliver full-body power assistance or be designed to assist certain body parts only.

Start-ups are focussing on the service robot market

Alongside providing actual numbers for various products, the IFR analyses also reveal that of all the enterprises engaged in the service robot market 15 percent are start-ups, i.e. technology-driven firms less than five years old. This underscores the market potential that entrepreneurs and investors have identified in the continuously growing field of robotics.
Finally it should be mentioned that the statistical data for service robots represents a conservative estimate, because the sales figures used were either stated by the companies themselves or taken directly from them. 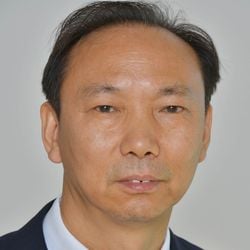 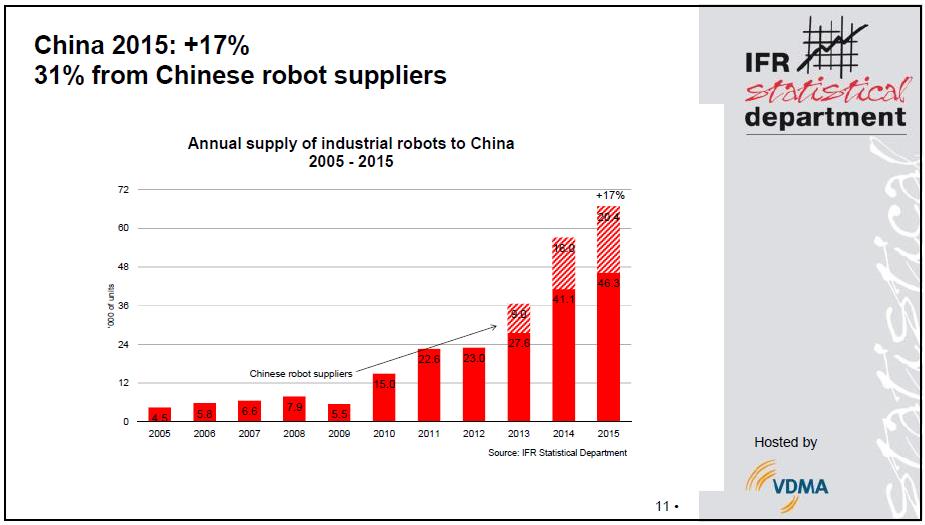 China seeking to join the Top 10 robotics nations by 2020