Škoda Auto, MATADOR Group and KUKA: ending the separation of humans and robots in factories 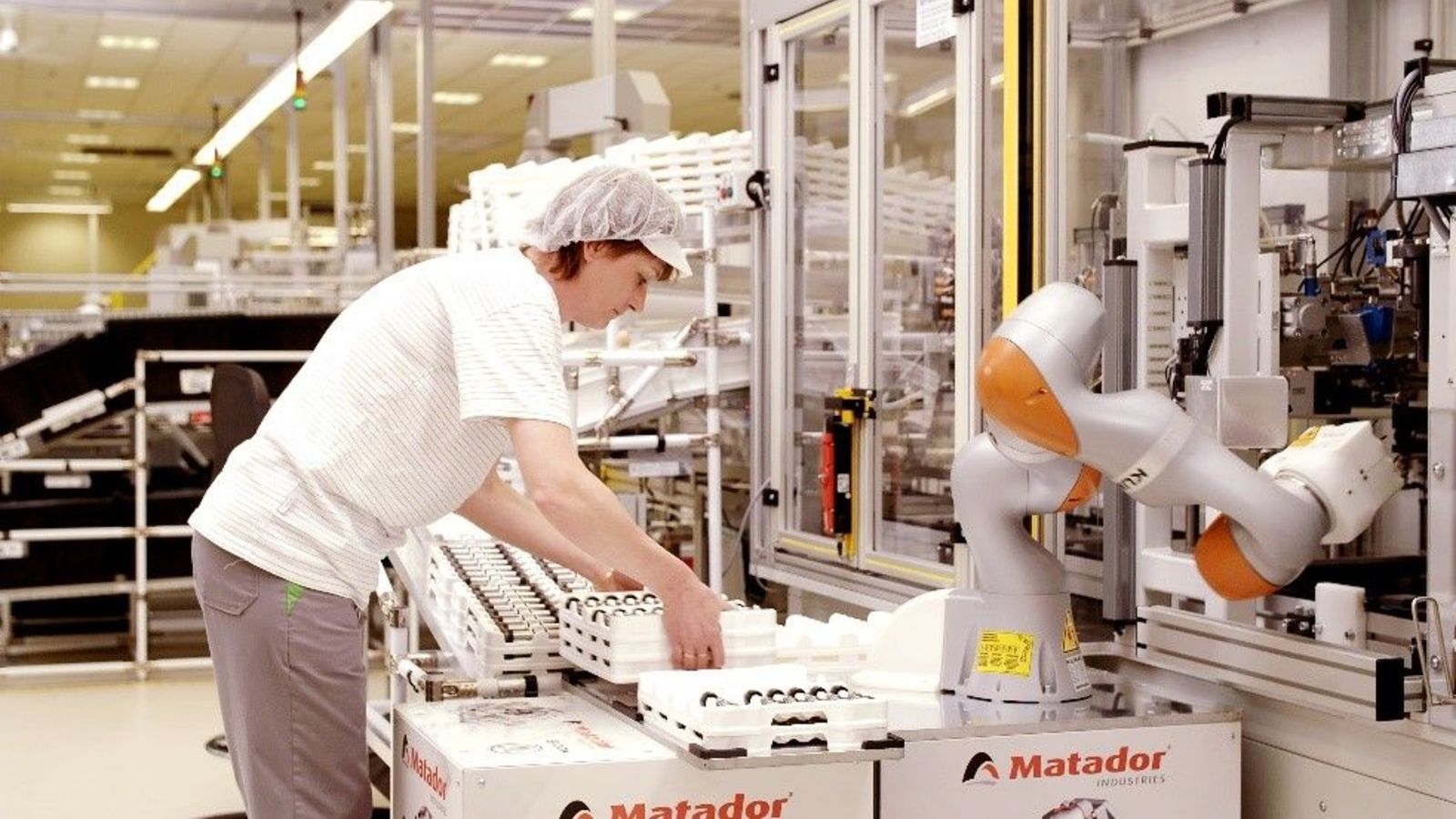 KUKA and MATADOR Group are partnering with Škoda Auto in an Industry 4.0 venture that involves hardware, software and people. Collaborative robotics, a concept that is transforming 21st-century industry, is a determining factor as well.

In 2011, Volkswagen decided to convert the 1,000-employee Škoda Auto factory in Vrchlabí in the Czech Republic into one that exclusively produces its DQ200 seven-gear, dual-clutch, direct-shift automatic transmission, regarded as one of the most innovative in the car industry. KUKA and MATADOR Group played a unique role in the transformation.

“This kind of transmission has very high requirements for precision,” says Ivan Slimák, General Manager at the Vrchlabí plant. “For example, we have a lot of moving parts with very, very tight tolerances. We have tolerances in the range of three to five micrometre. A human hair is about 60 micrometres, so our tolerance is only a fraction of the width of a human hair.” This kind of precision is what the collaborative KUKA LBR iiwa does best. Then, there’s the other LBR iiwa advantage: safety and its related payoff.

The KUKA LBR iiwa inserts the gear actuator pistons precisely using input from the sensors on each of its seven axes. These sensors register any possible contact with humans and other potential barriers, ensuring both maximum safety for the workers as well as maximum protection for part quality. It is the unique sensitivity of the LBR iiwa that allows it to “feel” where the components need to be inserted rather than forcing them into place. This is invaluable for handling delicate parts that are prone to damage during assembly – parts with tolerances of three to five micrometres, for example.

Then, there’s the other LBR iiwa advantage: safety and its related payoff. “Conventional robots must be inside a protective cage and cannot work directly with people,” says Jiří Svatý, Process Planning Assembly at the Vrchlabí plant. In comparison, the LBR iiwa offers easy and free access. “In this cell we don’t need or use laser scanners or other devices for worker safety, so it gives us more space for developing the process, and it gives us an opportunity to save time for assembly and integration.” This elimination of safety fencing around the robot enables the automation of processes in limited spaces without having to modify existing production lines. The LBR iiwa benefits extend beyond the hardware kingdom and into the digital empire.

“I think the most challenging job was to learn the Java programming language and to change the meaning of how robots are programmed in the application,” says Stanislav Korec, Head of Robotics and PLC Programming at MATADOR Group.

MATADOR Group was tasked with including the KUKA LBR iiwa in its concept for the Škoda plant in Vrchlabí and this was a valuable learning experience for the Slovakian company. The learning curve for MATADOR Group included an understanding of the KUKA Sunrise control system, which combines motion and sensor systems in response to present-day programming requirements for service robotics. Together with the use of Java as the programming language, the upside is that there is almost no limit to the variety of automation options.

The Škoda plant was rewarded for its work when the consulting firm A.T. Kearney and the trade journal Produktion named it the 2015 Factory of the Year for “global excellence in operations.” In other words, human-robot-collaboration on the Škoda factory floor is viable and successful.