Jul 17, 2017 — Chicken or egg? - By going digital of assembly systems, this famous question will soon be cleared up. SCHUNK is beginning to digitalize its entire gripper range and thus paves the way for virtual commissioning and simulation of complete handling solutions. 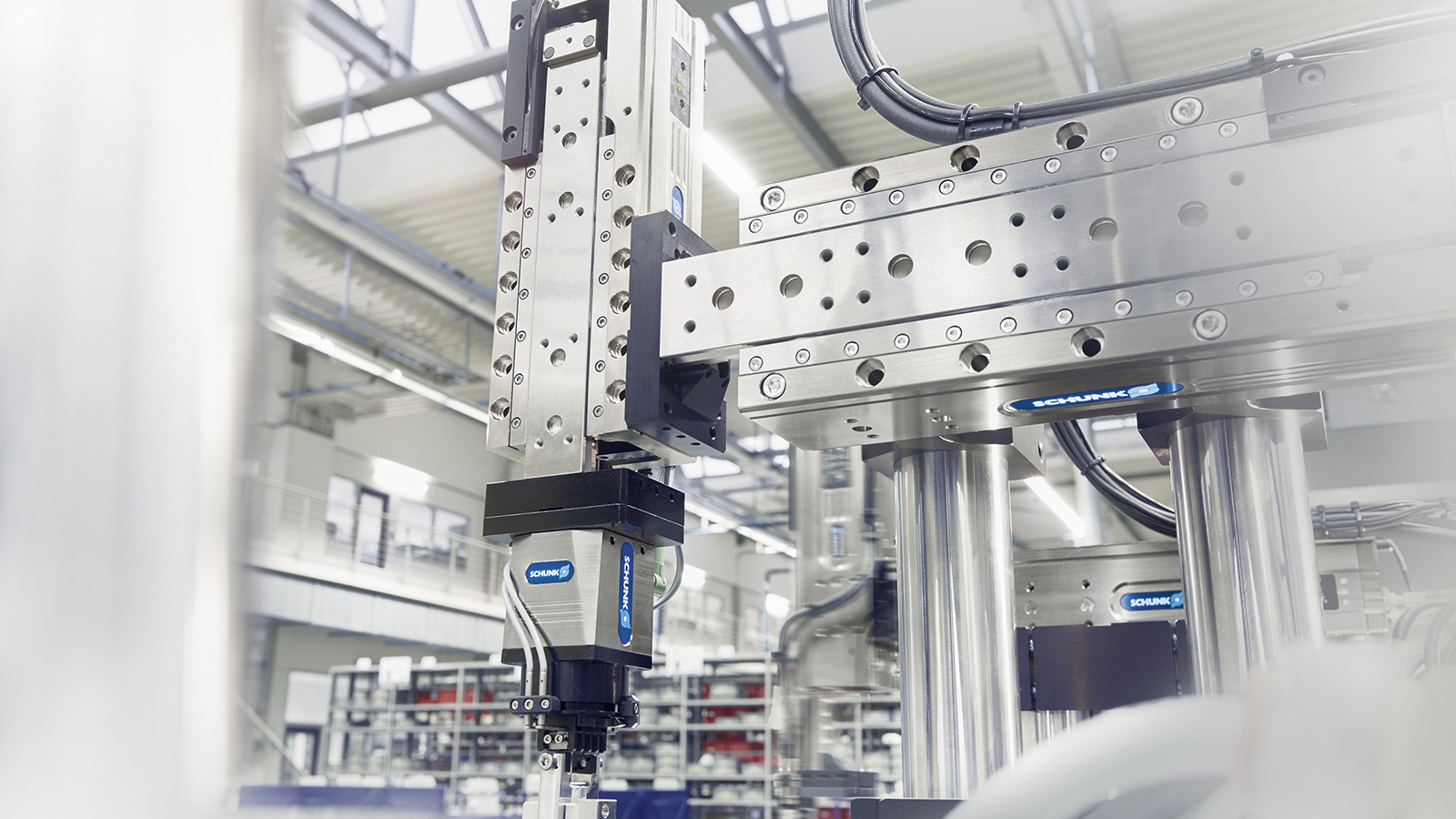 Going digital of assembly automation: the mechatronic modules from the 24V range from SCHUNK are now also available as Digital Twins for the virtual simulation of assembly systems. © Schunk GmbH & Co. KG

With the aid of the mechatronics concept designer from Siemens PLM Software and the Digital Twins from SCHUNK, designers and systems planners will soon be in a position to simulate complete assembly systems in 3D and virtually depict the entire engineering process from the concept to mechanics, electronics and software, right up to commissioning. Instead of the classical CAD cover model, a detailed digital image of the individual components appears, including their full functionality. The Digital Twin comprises the CAD volume model with all geometric data for modeling in Siemens NX, CAE data (EPLAN), and a kinematic behavior model in which the stroke, extension and retraction speed, acceleration, jerk, nominal force and mass are stored. In addition, SCHUNK seeks to extend its Digital Twins in a second step in the future with a range of PLC components for virtual commissioning (software/hardware in the loop).

The integrated engineering with the aid of virtual simulation enables systems constructors and users a significant shortening of project duration, faster commissioning and clear efficiency effects for repeated implementation of similar systems. All relevant planning steps from calculation of the cycle times to designing the components with respect to traverse path and stroke as well as collision calculations can be completely virtually covered by the engineering software. Besides savings of 30% on pure engineering time, systems constructors and users also benefit from a significantly reduced project duration. Instead of only beginning programming after physically assembling the system, as had normally been the case until now, all individual processes can be systematically coordinated, programmed and optimized in the form of relative conditional rules using the virtual model. Furthermore, the virtual model forms the basis for follow-up and realtime control in ongoing production. In the first step, SCHUNK digitalizes its 24V mechatronics range for high-performance assembly. It comprises the parallel grippers SCHUNK EGP and EGL, the linear modules SCHUNK ELP, the rotary gripping modules EGS and the rotary modules ERS. The data can be requested from SCHUNK directly.