Automotive industry is the driver of the recovery

Since the beginning of 2010, the demand for industrial robots has been surging worldwide. 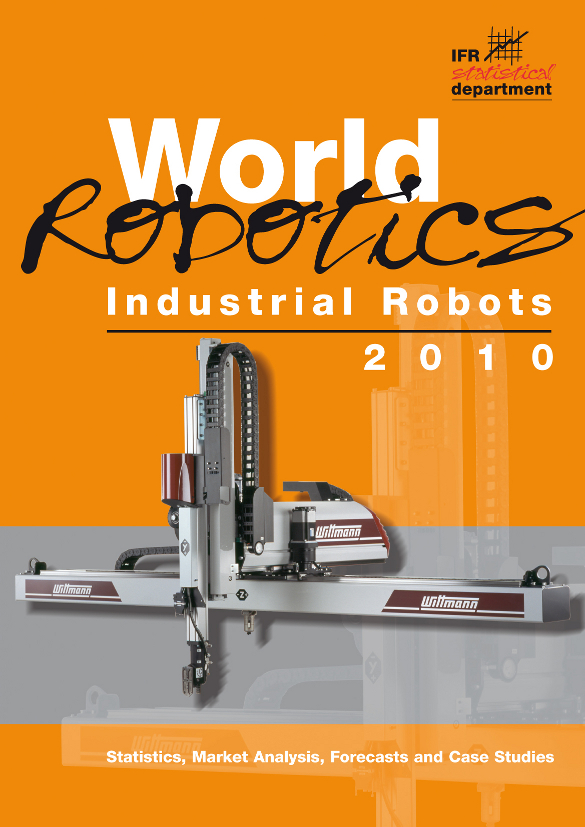 “The trend towards automation which was stopped by the economic crisis in 2009, is continuing”, said Åke Lindqvist, IFR President, on the occasion of the publication of the study “World Robotics 2010 - Industrial Robots”, on Tuesday in Frankfurt. A strong recovery of worldwide robot installations in 2010 will result in an increase of about 27% or about 76,000 units. A further increase of about 10% per year on average will resume in the period between 2011 and 2013 attaining a level of more than 100,000 units in 2013.

Important impulses are coming from Asia

The main impulses are coming from China, the Republic of Korea and other South-East Asian countries. The robot supplies to Japan and North America are also recovering substantially in 2010 considering that in recent years, robot sales in Japan and North America had decreased. In Europe, where major investments in capacities and modernization took place between 2005 and 2008, the recovery has a slower pace and is mostly based on the exports. The domestic demand is still weak.

The main driver of the recovery is the automotive industry which has restarted to invest in new technologies, further capacities and renovation of production sites. The General Industry - all other industries, except automotive - already increased its robot investments between 2005 and 2008. This will continue between 2010 and 2013.

Robotics industry is back on track

“We can confidently acknowledge the high tech industries amazing innovation and growth in the past few years except for 2009. However, the strong recovery taking shape in 2010 indicates that the robotics market is back on track. In the coming years a strong increase of robot installations will not only be observed in the emerging markets. Advanced robotics technologies conquering new application fields will guarantee further success in the traditional markets.”, commented the Chairman of the IFR Industrial Robots Suppliers Group Dr. Andreas Bauer.

Ake Lindqvist added: “The diversity of the use of robots is increasing. Consumer products are increasingly individualized with quick times to market - meaning more versions or variants of the goods available for the consumers. This requires flexible automation. Robots, once programmed for several processes can easily switch from process to process. The efficiency of production has been increased in standard applications: more flexibility, more accuracy and easier programming. Robots of the future should be easier to use and handle. The robotics industry will still have to make tremendous efforts in producing user-friendly robots performing the expected tasks in the easiest possible way.”

Economical crisis caused a decrease of 47% in 2009

In 2009, the worldwide economic and financial crisis caused a significant slump in the sales of industrial robots. Compared to 2008, considered one of the most successful years, 2009 had a decline of 47% (60,000 units). This is the lowest level reported since 1994. Robot installations had never decreased so heavily, reports the IFR Statistical Department in the new study “World Robotics 2010 - Industrial Robots”.