UK manufacturing faces multiple challenges. The most significant is a long-running fall in productivity compared to the manufacturing sectors of other OECD countries. A report the UK’s Cranfield University found that, compared to the United States, China, Germany, Japan, India, Poland and France over a 10-year period from 2006 to 2016, the UK was the only country where productivity per person per hour actually decreased (by 9%). All the other countries mentioned saw an increase, with Germany, for example, raising its productivity rate by 21%1. The UK’s manufacturing sector has fared little better since the report was published, with a 1.9% decrease in output per hour in the sector in the third quarter of 2019 compared with the same quarter in the previous year.

Uncertainty over Brexit has already taken its toll. Sixty-four percent of manufacturers say Brexit delay has already had a negative impact on their company’s profit margin over the last two years, with 76% concerned that a no-deal Brexit will have a negative impact on the willingness of EU customers and suppliers to do business with them2. Twenty-five percent of companies surveyed by the Bank of England reported having reduced capital investments due to Brexit3.

More recently, the coronavirus is putting a strain on global productivity. The OECD has halved its growth forecast for 2020 to 1.5% over 2019 if the virus continues escalate. Manufacturing sectors are experiencing significant supply chain disruption which has yet to be quantified.

Yet even in the face of economic uncertainty, UK manufacturing’s low productivity is not a given. There are two obvious and actionable solutions to the current productivity crisis:

Use labour and resources more effectively

UK manufacturers must provide workers with the tools - including robots – to do their jobs more effectively. There is a clear link between robot adoption and productivity increases. For example, a study by Centre for Economics and Business Research found that investment in robots contributed 10% of growth in GDP per capita in OECD countries between 1993 and 20164 while the OECD found that companies that employ technology innovations effectively are between 2 and 10 times more productive than those that do not5.

There is also an established link between robot adoption in manufacturing and growth in jobs and wages. This may seem counterintuitive since the robot initially replaces a worker in specific tasks. However, there is clear evidence that the increased productivity driven by robots leads to greater competitiveness and therefore higher demand, as well as quality improvements and the ability to manufacture customised items competitively. Moreover, workers in robot-intensive manufacturing companies are better paid. For example, a study by PwC found that in the US, the most robotics-intensive manufacturing sectors employ about 20% more mechanical and industrial engineers and nearly twice the number of installation maintenance and repair workers than do less robotics-intensive manufacturing sectors and pay higher wages than other manufacturing sectors. These sectors also tend to have a higher proportion of production-line workers — and these workers earn higher wages than sectors that are less robotics-intensive6. Other studies confirm that robots have increased wages without reducing hours worked7 and that jobs have grown faster in occupations using automation8. This matters because the UK’s manufacturing sector currently employs just under 3 million workers, with many more jobs in support and service sectors dependent on a thriving manufacturing industry. The manufacturing sector is more important to the UK economy than many people think. For example, it forms a larger part of the UK economy than either financial service or construction, contributing over 10% of economic output.

It’s therefore vital that the UK’s manufacturing sector turns to automation – and robot adoption - to boost productivity and competitiveness. Yet the UK lags significantly behind manufacturing competitors. According to the industry association International Federation of Robotics robot density (the number of robots per 10,000 workers) in the UK’s manufacturing industry was only 91, compared to German and Japan with over 300 robots per 10,000 workers and Singapore with 831. Low robot adoption is compounded by a skills shortage in the qualifications needed to drive automation. The British Chambers of Commerce (BCC) found that 81% of manufacturers reported difficulties with finding staff with the right qualifications and experience in 20189, while the Confederation of British Industries reported in its most recent quarterly manufacturing report that one third of firms surveyed cited labour shortages as a factor likely to limit investment - the highest number on record10.

Robots have, for decades, performed the heavy lifting in automotive and other manufacturing sectors, carrying out dangerous and monotonous tasks at high levels of precision and speed and ensuring the productivity and competitiveness of vital manufacturing sectors. Over the last decade, robots have come out of their cages and are used as tools and, increasingly, as intelligent assistants to manufacturing operators and technicians. Robots perform a rapidly increasing range of tasks, can be programmed and moved from one task to another in a matter of hours with minimum operator training, and are increasingly financially viable for manufacturing sectors that have been slow to automate. This is particularly important for the UK’s food and beverage sector, which accounts for 20% of the UK’s manufacturing output and provides 400,000 jobs in addition to supporting jobs in agriculture, packaging and logistics. Brexit increases the imperative for food manufacturers to automate, since this sector employs a high number of non-UK workers. Many of these workers are returning home due to Brexit uncertainty and their numbers will be further restricted if a planned policy restricting low-skilled EU immigrants to the UK post-Brexit comes into force.

Improve the Structural Environment for Automation

The UK ranked only 8th in a recent Automation Readiness Index conducted by the Economist Intelligence Unit11, lagging behind manufacturing competitors such as Germany, Japan and South Korea in key areas such as the overall innovation environment, investment in R&D and skills and labour market policies. The UK also trails behind many of these countries in the World Economic Forum’s Global Competitiveness Index. Boosting the enabling environment for manufacturing, particularly in regions in the North of England that have struggled to recover from recession, must be a priority for the UK government. In particular, the government must ensure that the deal it negotiates for its future relationship with the EU does not disadvantage UK manufacturers.

Brexit and the coronavirus place the UK’s manufacturing industry in a time of great uncertainty. The usual response would be to hold off capital investment until there are visible signs of improvement. For UK manufacturers, this would be a mistake. Delaying investment in automation risks compounding the long-running issue of falling productivity in the sector which won’t go away once the UK has agreed a trade deal, and the coronavirus has passed. I urge UK manufacturers to take a longer-term view and invest now in robots and associated automation processes and tools vital to growth and competitiveness.

1 Industrial Strategy and UK Manufacturing - A white paper by Cranfield University, 23 May 2018

2 Preparing for Brexit: Deal Or No Deal - Make UK and Squire Patton Boggs, October 2019
3 Staff Working Paper No. 818 The impact of Brexit on UK firms - Bank of England, August 2019
4 The Impact of Automation, Centre for Economics and Business Research, 2017
5 The Future of Productivity - OECD, 2015
6 The New Hire How a New Generation of Robots is Transforming Manufacturing – PwC, 2014
7 Study by Georg Graetz and Guy Michaels - Centre for Economic Performance at the London School of Economics
8 Robots Seem to Be Improving Productivity, Not Costing Jobs - Harvard Business Review, 2015
9 https://www.britishchambers.org.uk/news/2019/01/bcc-quarterly-economic-survey-big-squeeze-on-firms-from-recruitment-prices-and-cash-flow accessed 14.03.20
10 https://www.cbi.org.uk/media-centre/articles/uk-manufacturing-business-optimism-improves-at-the-strongest-pace-since-2014-cbi/ accessed 14.03.20
11 Automation Readiness Index - Economist Intelligence Unit, 2019 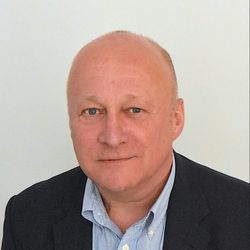