A gentleman made of modular components

Friendly and likeable. Invisible when not needed. 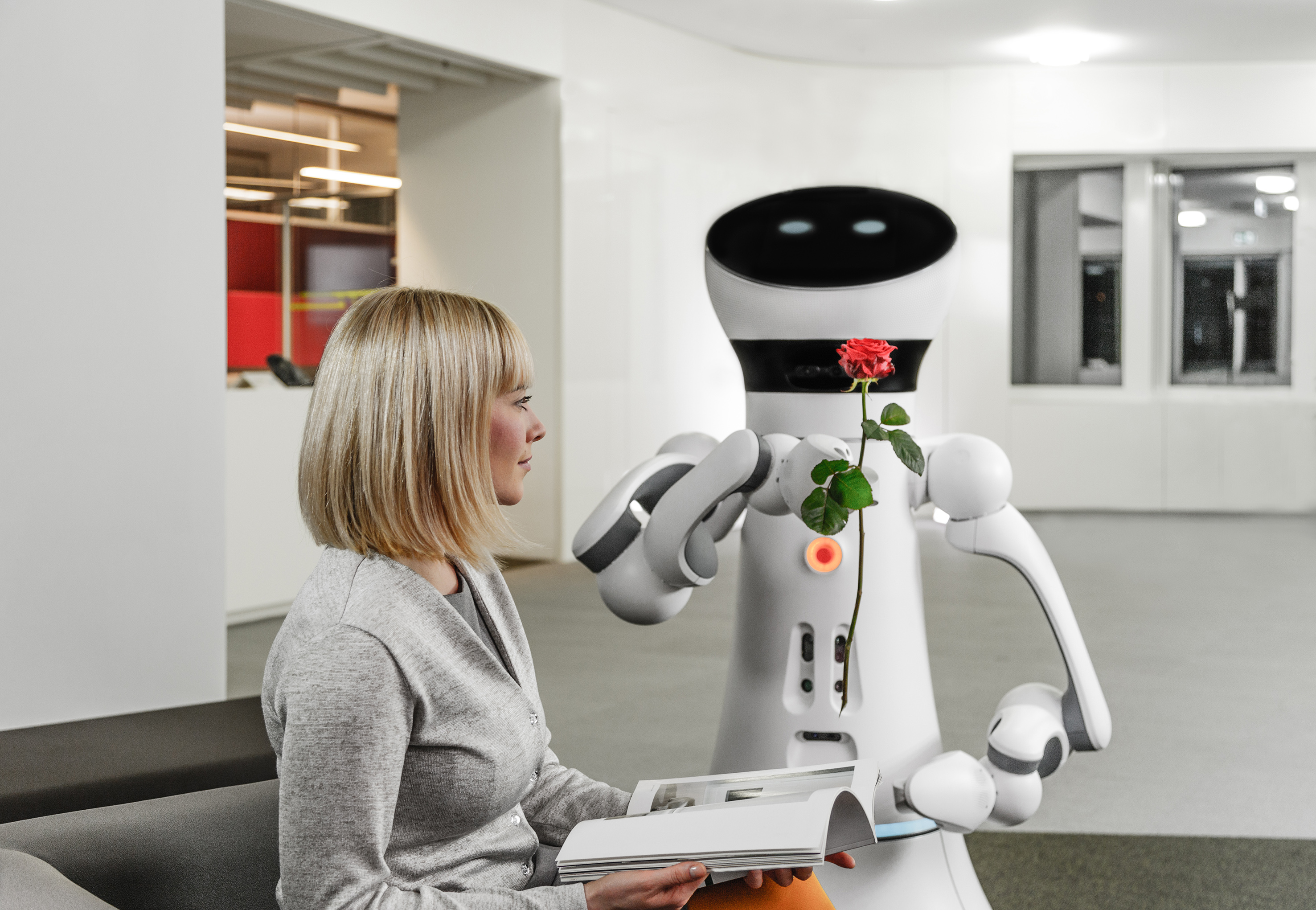 On call around the clock. The butler of the future - called “Care-O-bot® 4” - was developed by the Frauenhofer IPA in Stuttgart, and celebrates its world premiere at the SCHUNK Expert Days on Service Robotics. The modular design of Care-O-bot® 4 allows diverse configurations and application scenarios.

“Its high degree of standardization makes Care-O-bot® 4 a milestone in the field of mobile service robots,” emphasized Henrik A. Schunk, managing partner of SCHUNK GmbH & CO. KG in Lauffen am Neckar. Both the arm joints and the 1-finger hand of the Care-O-bot® 4 are taken from SCHUNK’s standardized modules for mobile gripping systems. “Since service robot solutions are generally used in mobile applications, the components have to be lightweight and energyefficient,” Schunk said. “Mobile gripping systems from SCHUNK are designed exactly for such scenarios. The components can be used both in industrial applications and in measuring and testing applications, as well as in assistance systems that support people in everyday life.”

While the predecessors of the Care-O-bot® 4 focused on object detection or safe navigation, an important step has now been taken in the direction of commercialization. “The fourth Care-O-bot® generation is not only more agile, more flexible and more charming than its predecessors, but also features more affordable construction principles,” said project manager Ulrich Reiser, team leader at the Fraunhofer IPA. The majority of the interior consists of folded sheet metal constructions, which can be manufactured cost-effectively even in small quantities.

The modular concept allows diverse configurations. It is possible, for example, to eliminate one or both arms. Standardized SCHUNK Powerball ERB modules with a compact spherical form that facilitates integration are used as arm joints. The entire electronic control and regulation circuitry of these components are integrated in the joint drives. Position, speed, and torque can be flexibly regulated.

Since the supply lines for the gripper and tools are completely within the arms, there are no interfering cables on the peripheral devices. In-tegrated intelligence, universal communication interfaces, and cable technology for data transfer and power supply allow their use as single modules or as completely pre-configured SCHUNK Powerball lightweight arms for easy integration in higher level units, such as Care-O-bot® 4. For portable use, the modules operate by a 24 V DC power supply or even rechargeable batteries for complete mobility. The consistent lightweight construction and torque motors ensure low energy consumption. That lowers energy costs, provides for longer work periods when using rechargeable batteries and also allows the use of small-format batteries.

Different versions can be implemented

The costly ball joints of the Care-O-bot® 4 in the neck and hips, as well as many sensors, are optional. If the application only requires the serving of beverages, it would be possible to replace one hand with a tray or to only use the mobile base as a serving and transport cart. Individual adaptation to specific tasks creates economical solutions. One of the primary concerns of the development engineers was user-friendly handling, because most people are intimidated by robots, especially if they are hard to uses and program. An easily accessible interaction area on the head allows intuitive operation of the Care-O-bot® 4 and can be used in either sitting or standing position. Of course, interaction with the robot by means of words or gestures is also possible through the means of cameras and micro-phones for recognition of specific people through by their speech and gestures. The robot responds with gestures such as nodding or shaking of the head to signal whether it has un-derstood. Light effects and a laser pointer in the hand of the Care-O-bot® 4 also enable the exchange of information.

Successful symbiosis of design and engineering

“Care-O-bot® 4 is a successful symbiosis of design and engineering, of function and emotion that quickly moves the user to interaction,” said Andreas Haug, managing director of the Stuttgart-based design studio Phoenix Design, which was involved in the development process. With its streamlined design, the two arms and head help make the robot resemble a human being. An overly human appearance was not desired, however, because that would give the user “false expectations” according to Ulrich Reiser. Only the “inner values” are human: it always maintains a discreet distance, clearly indicates what it has understood and what it is about to do, has a command of simple gestures, and can even show emotions. Social behavior, as has been demonstrated in studies, is indispensable for acceptance by future users. While Care-O-bot® 3 was a butler, its successor is a gentleman. 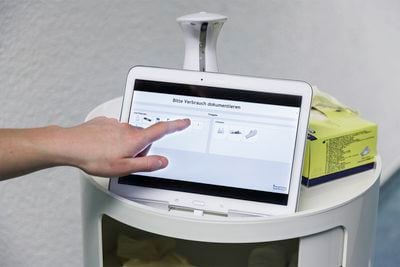 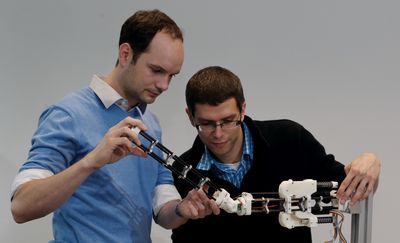