2012 was quite satisfying for the global robot industry and robot sales reached the second highest level ever. 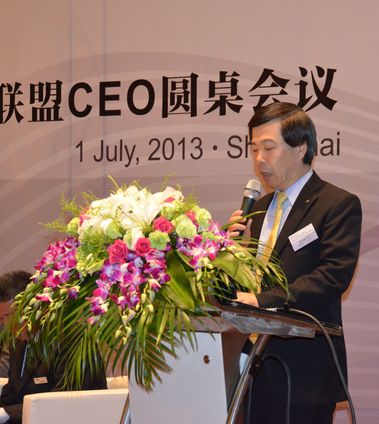 2012 was quite satisfying for the global robot industry and robot sales reached the second highest level ever. The demand for industrial robots is increasing due to the accelerating trend towards automation all over the world. We estimate that in 2013, robot sales will reach a similar result as in 2012.

I just returned from the CIROS Show 2013 in Shanghai. The international robot suppliers as well as an impressive number of Chinese robot suppliers presented their innovative robotic products. A major event was the IFR-CRIA CEO Round Table on 1st of July. This was the first joint official event of IFR and the recently established China Robot Industry Alliance (CRIA). CEOs from regional offices of international robot suppliers as well as CEOs from Chinese robot suppliers discussed on “The Future of Robotics in China”. The CMIF President, Mr. Wang Ruixiang, stated in his welcome speech, that the strong increase of robot installations in China is just the beginning. The participants of the discussion confirmed this. In 2012, China was the second largest destination for industrial robots. It is the most rapidly growing robot market and one of the most important contributors to the continued success of the global robotics industry in the past years. The Chinese robotics industry is gaining more and more in importance.

We are now looking forward to the 44th International Symposium on Robotics, the ISR 2013 from 24 to 26 October in Seoul. Researchers and Industry will meet to inform on the latest innovations and research projects in robotics. One topic will be the Human-Robot Interaction. This will increase the potential of the use of industrial robots in the General Industry substantially.

I am looking forward to seeing you in Seoul!