On 23 June 2016, the Executive Board of the world robots association IFR appointed Japanese Junji Tsuda as new Vice President of the International Federation of Robotics. Together with the President Joe Gemma, Tsuda will now manage the activities of the IFR. 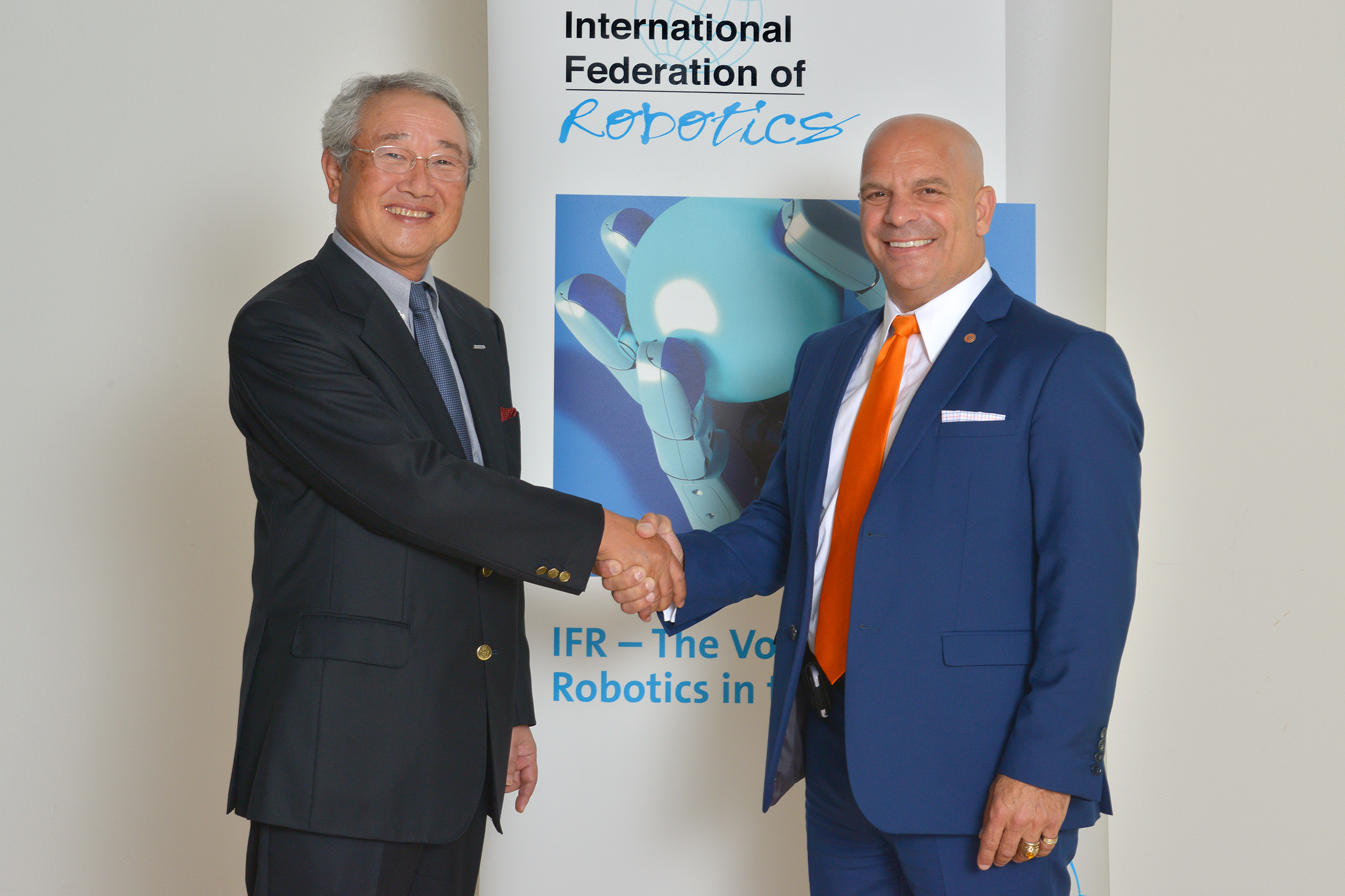 from left to right: Junji J. Tsuda and Joe Gemma

In 2008, he already had this position for a period of two years. Presently, the 65-year-old is the Representative Director Chairman of the Board of the Japanese robot manufacturer Yaskawa Electric Corporation.

“I am extremely pleased to have Junji Tsuda at my side, a top-level and experienced representative of the robotics industry,” says Joe Gemma, President of the International Federation of Robotics. “Together we want to further strengthen the IFR as the world’s central contact for robotics and expand effective exchange of views. In particular, in these exciting times of the fourth industrial revolution international networking of all the stakeholders is becoming more and more important. Against this background the appointment of Junji Tsuda underpins the significant role of the Japanese market.”

Junji Tsuda was elected unanimously by the Executive Board. This body is composed of representatives of national robotics associations from all over the world, the IFR president and delegates of robot manufacturers and research institutes.

Junji Tsuda was pleased about his re-election: “I feel very honoured to be re-appointed as Vice President. I am looking forward to close and successful collaboration with the IFR President Joe Gemma and consequently with our members.”

Since 2013, Junji Tsuda has been the Representative Director Chairman of Yaskawa Electric. He has already been a member of the executive board of Yaskawa as Director and Managing Director since 2005. Tsuda began working for Yaskawa in 1976, after obtaining his university degree (B.S.) in mechanical engineering at the renowned Tokyo Institute of Technology. Since the 1990s, Tsuda has headed various America-related business units and has been active in the parent company since 2003.