7th 2011 Invention and Entrepreneurship in Robotics and Automation (IERA) Award

The 7th annual Invention and Entrepreneurship Award in Robotics and Automation (IERA) was presented to Bruno Maisonnier, CEO of Aldebaran Robotics for development of the Humanoid Robot NAO. 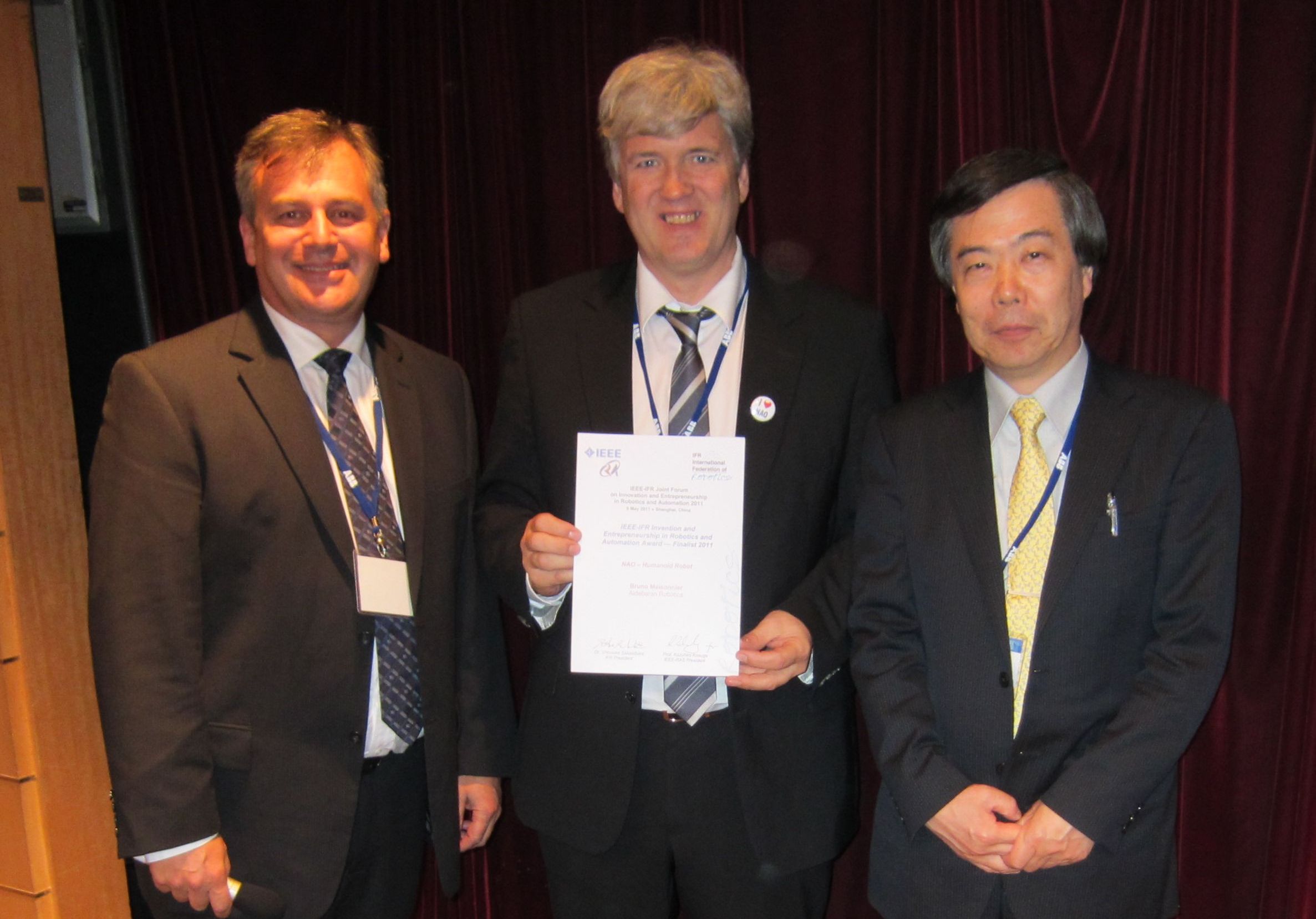 Shanghai, May 9, 2011 - IERA is a co-sponsored activity between the International Federation of Robotics and the IEEE Robotics and Automation Society.

The review panel evaluated 8 Excellent Submissions from which four Finalists were selected.

The finalists each gave a presentation of their innovations and entrepreneurial achievements to the high-expert audience participating in the Forum. After their presentations, the judging panel selected the winner based on published selection criteria covering;

The judging panel selected Aldebaran, Maisonnier in a unanimous decision. The award was presented by IFR President Dr. Shinsuke Sakakibara.

Maisonnier, the founder and CEO of Aldebaran launched the company in 2004 after spending more than a year laying the groundwork to build what he described as “an affordable, reliable robot which could be used to help people.” The current version of NAO sells at between EUR3,000 and EUR12,000, considerably less than most other research robots and it comes with a substantial package of applications and the possibility of programming more.
At ICRA 2011 the company announced its decision to share a significant part of its source code with the research and developer community by the end of 2011.

One of Maisonnier’s plans is to create an “app store” and enabling the robot to download its own new apps. The company currently has 125 employees, the majority in France with 8 based in Boston, 10 in Shanghai and one in Osaka.

Dr. Sakakibara said that all the finalists presented fine examples of excellent innovations and demonstrated significant entrepreneurial excellence. He described Maisonnier’s company, Aldebaran Robotics, as an exciting new company with a new game changing technology. The NAO is a break-through humanoid robot that is expected to be applied in a wide range of fields such as rehabilitation support, support for disabled people, telepresence, and helping autistic children develop communications skills as well as in the entertainment industry. Aldebaran has managed to attract substantial investment capital in France, with plans to continue to expand internationally.

This year, the IERA Award was awarded for the 7th time.